” The fight for justice is the greatest battle of all time. “ 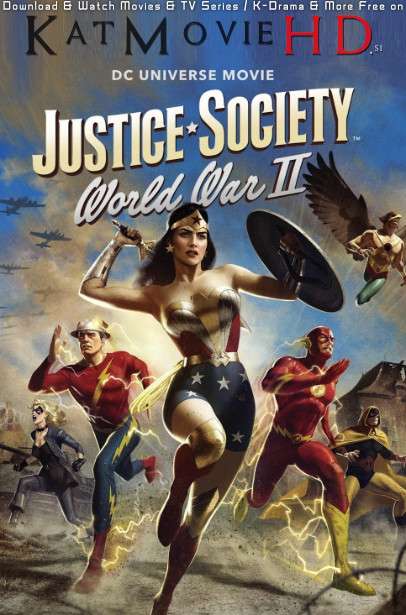 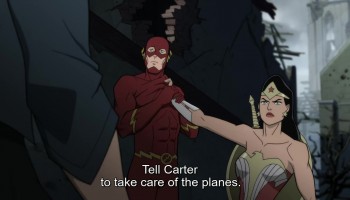 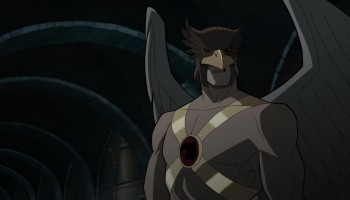 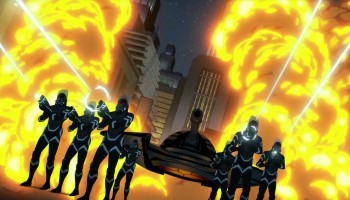 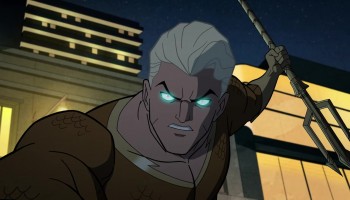 In the early 1940s; with Nazi Germany invading most of Europe, and Adolf Hitler after magical artifacts, Franklin D. Roosevelt is asked by Colonel Steve Trevor to finally get Americans involved, by creating a team of superhumans. Consisting of Black Canary, Hawkman, Hourman, Jay Garrick / Flash, Trevor, and led by Wonder Woman, the Justice Society of America is given the go.[1]

In the present day, Barry Allen / Flash and Iris West have a picnic in Metropolis hoping to get away from “work”. However, their picnic is disrupted by Superman fighting Brainiac, and Flash comes to Superman’s aid. When Brainiac fires a Kryptonite bullet, Flash goes so fast trying to catch it that he channels the Speed Force for the first time. Led by the voice of Doctor Fate, he arrives in the past during a battle between the JSA and the Nazis in France. Despite the confusion over his allegiance, the team realizes Barry is an ally when he defeats a group of Nazis and saves Trevor, and believe that he is from the future. While the team deploys to stop a second attack wave, Barry takes Trevor back to base, where he learns about the JSA, a secret superhero team he never heard of until now.

When evil spreads, DC’s original super hero team faces their toughest challenge. But one ally from the future could bring victory in a flash.

Big fan of the DC Animated Movies since a child. I really liked the continuity that was followed loosely The New 52 stories. When Man of Tomorrow came out I really enjoyed the colourful and vibrant world that was clearly setting up a new universe. That Superman was great and now we get a new Flash that I think really works well.

I really like this animation style. It’s really fluid and the action was excellent in my opinion. Especially Wonder Woman’s fighting scenes. It was great seeing the JSA doing their thing and seeing DC highlight other heroes than Batman was great to see. (Not that I dislike Batman. He’s my favourite.)